My Grandfather George Wilson Dick (1882-1955) began his apprenticeship in 1896 after a brief spell down the mining pit. His apprenticeship involved 4 years of learning to be a Black Saddler (Harness Maker), 3 years learning to be a Brown Saddler (Saddle and Bridle Maker) and a further 3 years as an improver. In these days you paid for the privilege of being trained so the first 7 years were unwaged and had to be paid for. During the 3 years as an improver George received a wage and worked exclusively for R.Philp & Son. After his 10 years were up he was free to take his trade out into the world. He then worked for a few of years as a journeyman in Cupar, Fife. In 1908 he married Janet Downie Urquart Shand (1885-1954) whose family were publicans in Cowdenbeath and who was a cousin to the world famous accordion player Jimmy Shand. 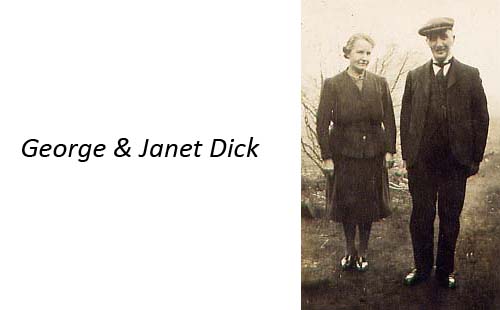 One year later George set up in business with his brother Robert Shand Dick (1878-1953) who was trained as a Coach Builder and ‘The Yard’, High Street, Lochgelly was formed. 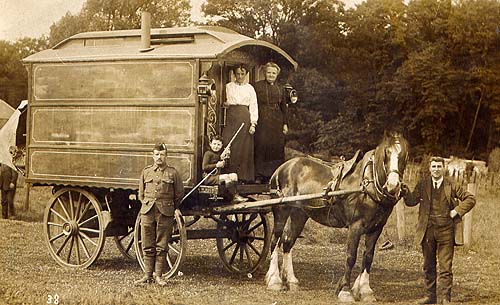 Around 1924 he started producing his first school belts using his own stamp G.W.DICK SADDLER & Co LOCHGELLY

This stamp was superseded in the early to mid 1940’s to celebrate his last and youngest son John joining the business in the saddler’s workshop. G.W.DICK & SON LTD MAKERS LOCHGELLY

In 1948 James Heggie sold up the saddlery and Iron mongers business in Main Street to George Dick and his son, John Johnston Dick.