“It’s not my intention to glorify ‘The Lochgelly Tawse ‘ but history is important, Done well it not only tells us how things were but the circumstances that cause things to be that way, it shows us how things changed and why people felt strongly enough to change them. These are valuable lessons that hopefully make us think and prevent the mistakes of the past being repeated.” – Margaret Dick.

Since the year 2000 the business has been run by myself Margaret Dick (Daughter of John J Dick and Grandaughter of George W Dick) and like any small business it has had to adapt to survive. Aside from replicas of The Lochgelly Tawse and all the associated interviews and demonstrations, I have dabbled in the world of retail with my own range of Handbags and backpacks, Tankards, coasters etc.
Supplied numerous up and coming and long established retailers such as:

But the mainstay of my work remains wholesale supplying companies like artpewter.co.uk with many of the leather parts of their tourist goods.
Making one off commission aren’t really cost effective but I am happy to quote for small runs of items and to help out with advice and all design and pattern making requirements. Just drop me a message, details are on the contact page

A Selection Of Our Other Products: 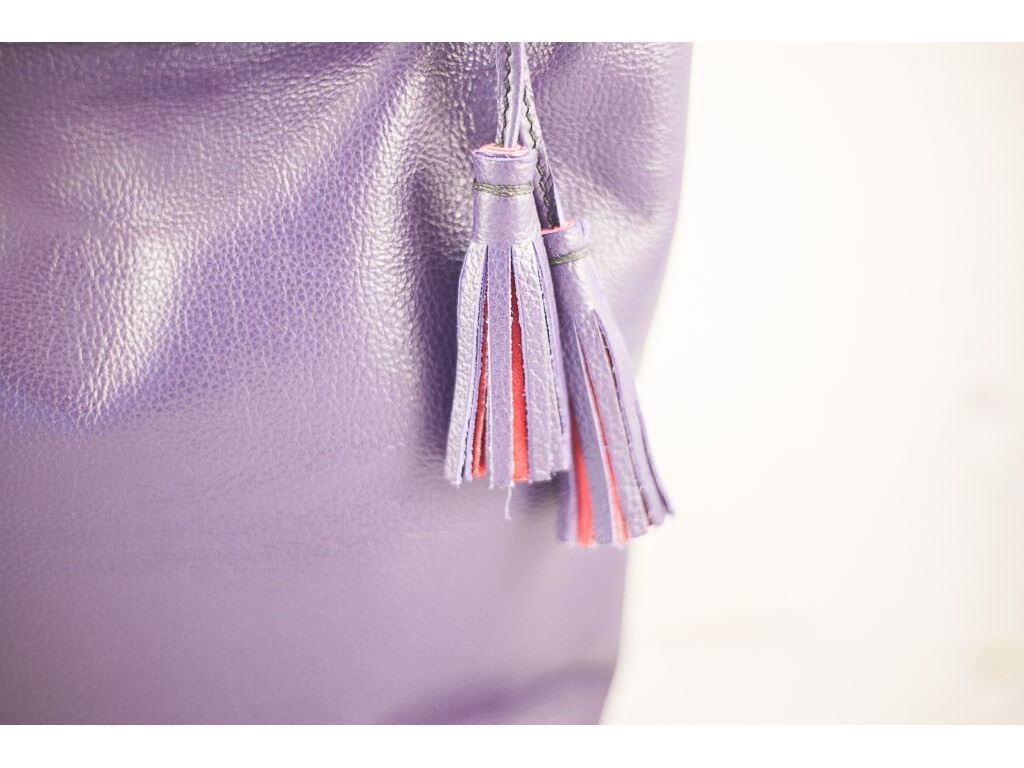 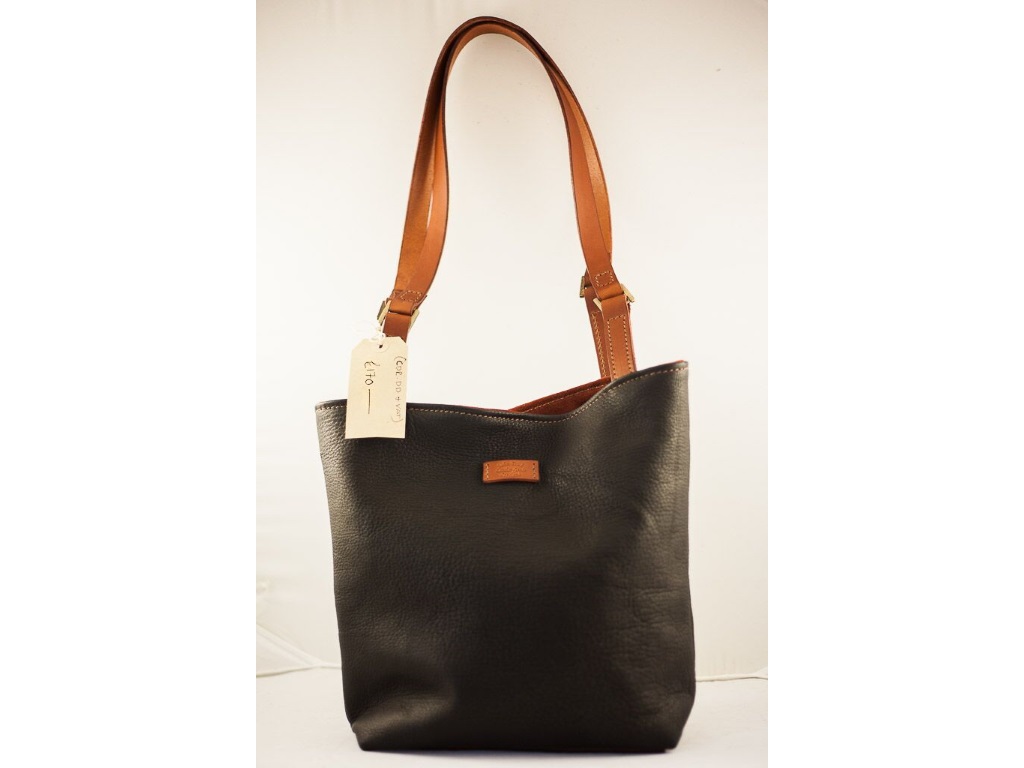 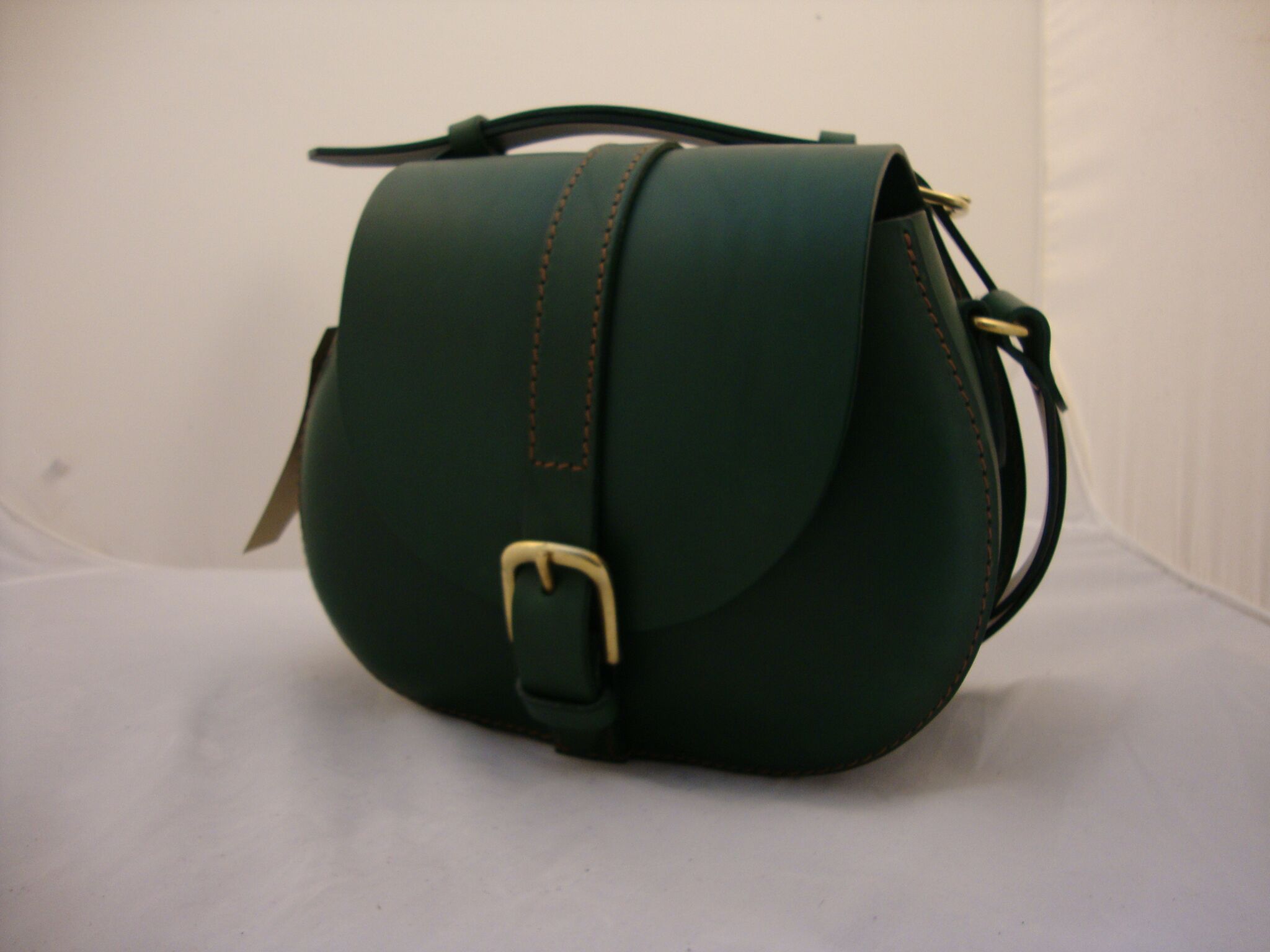 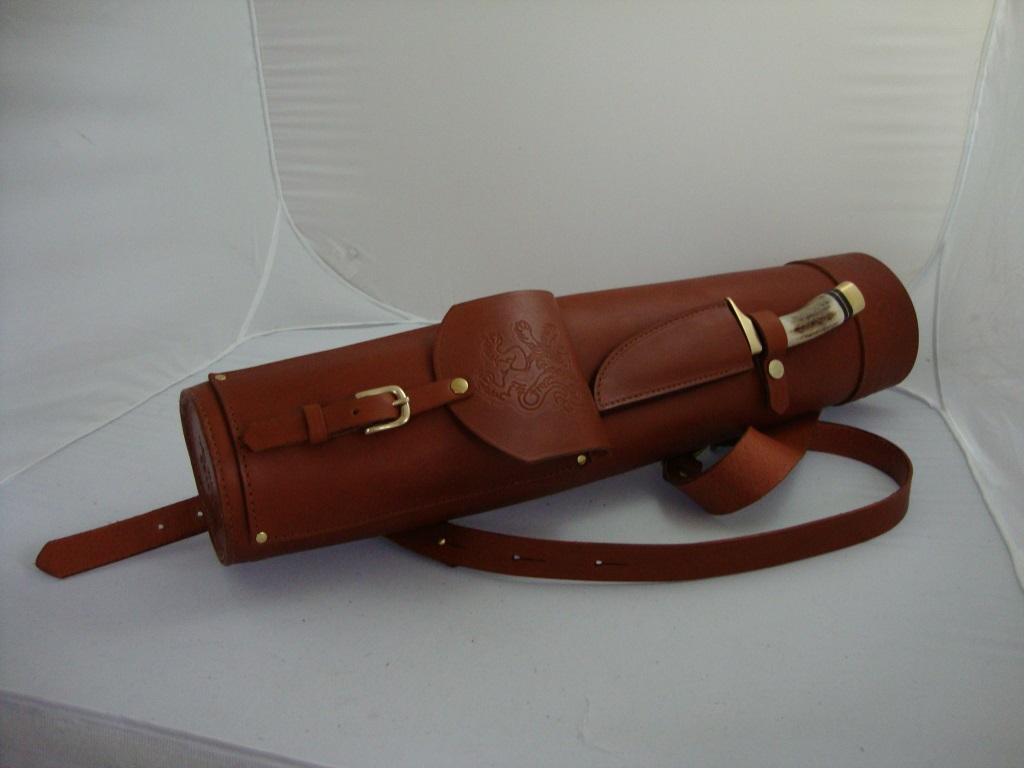 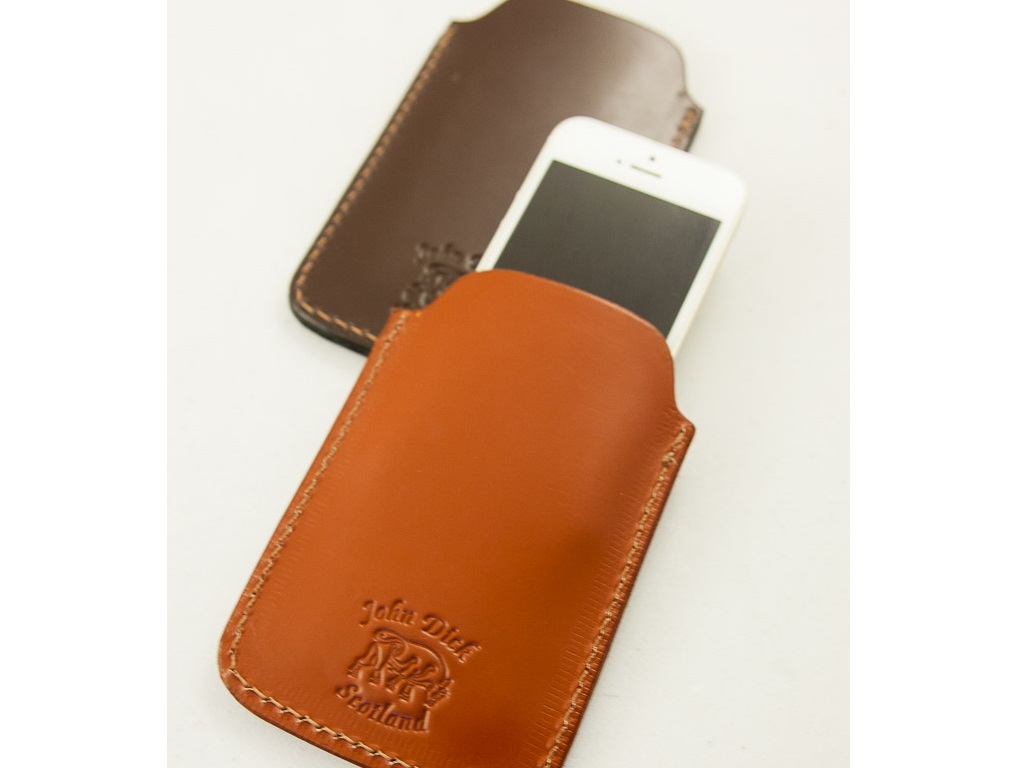 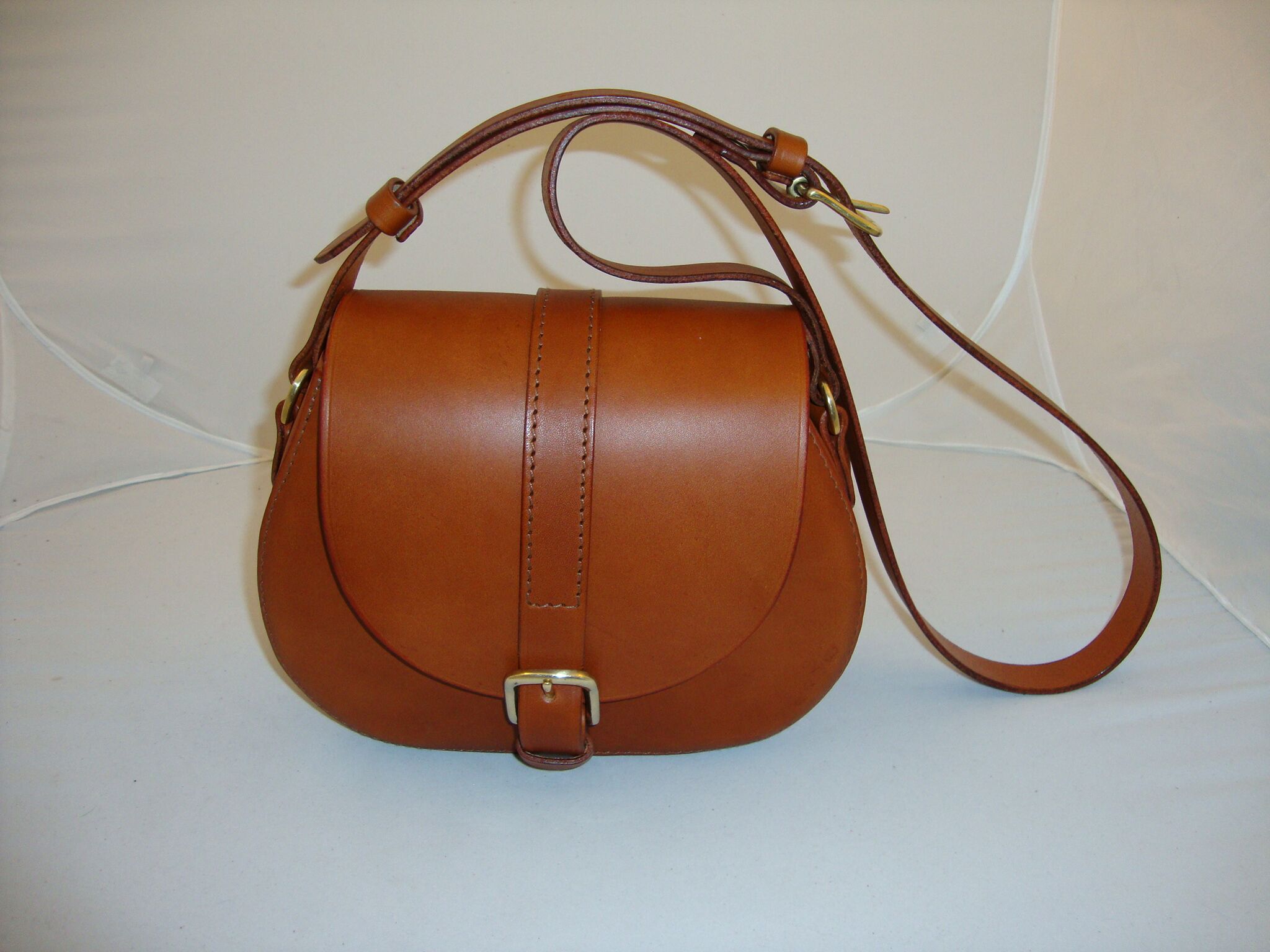 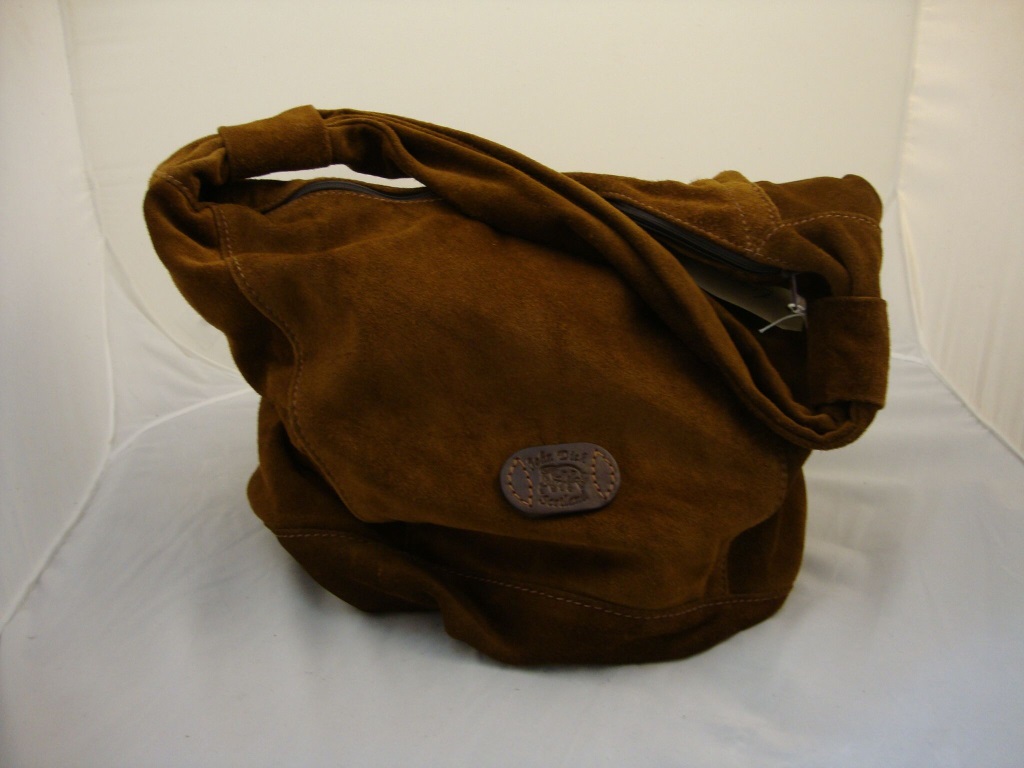 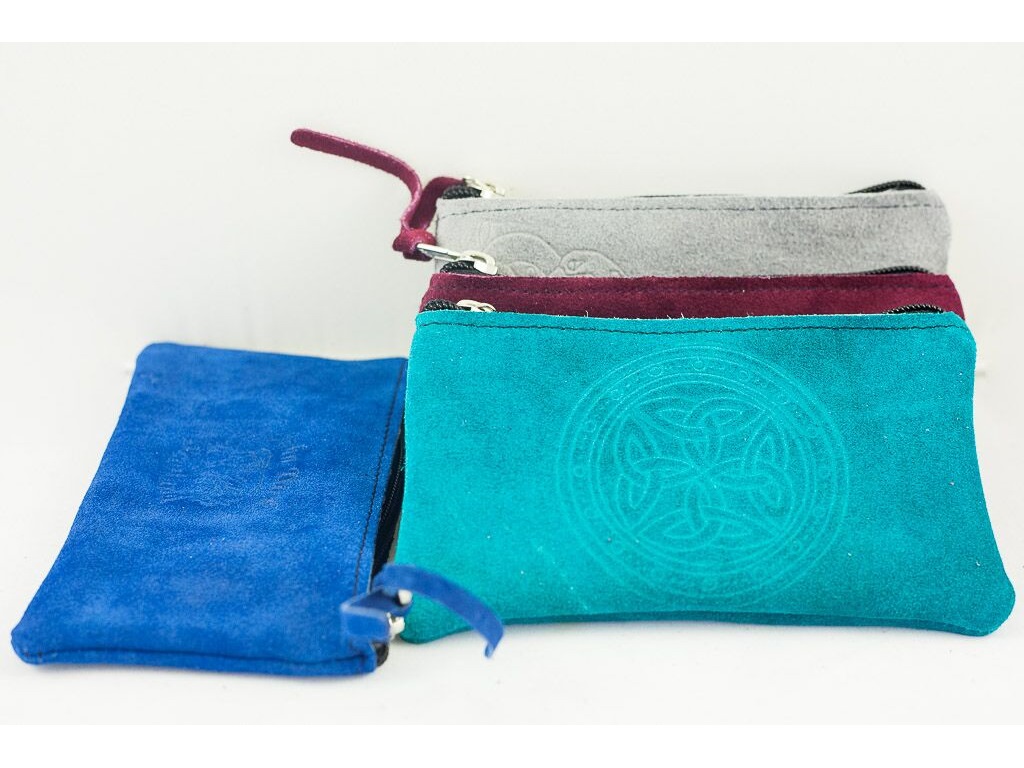 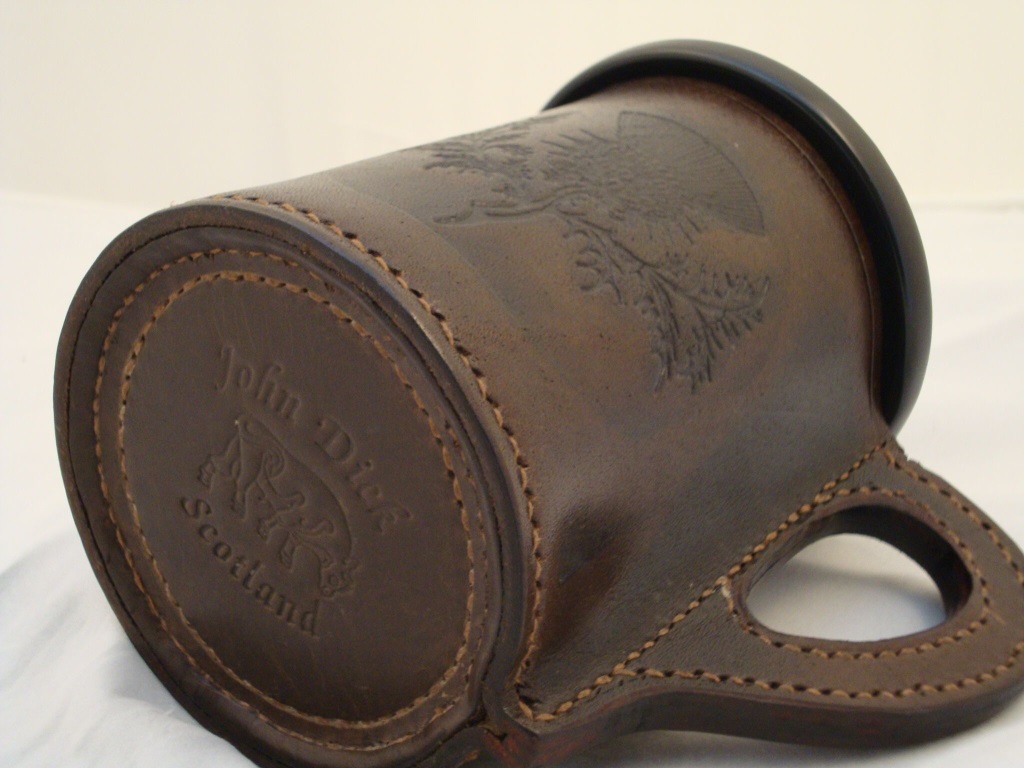 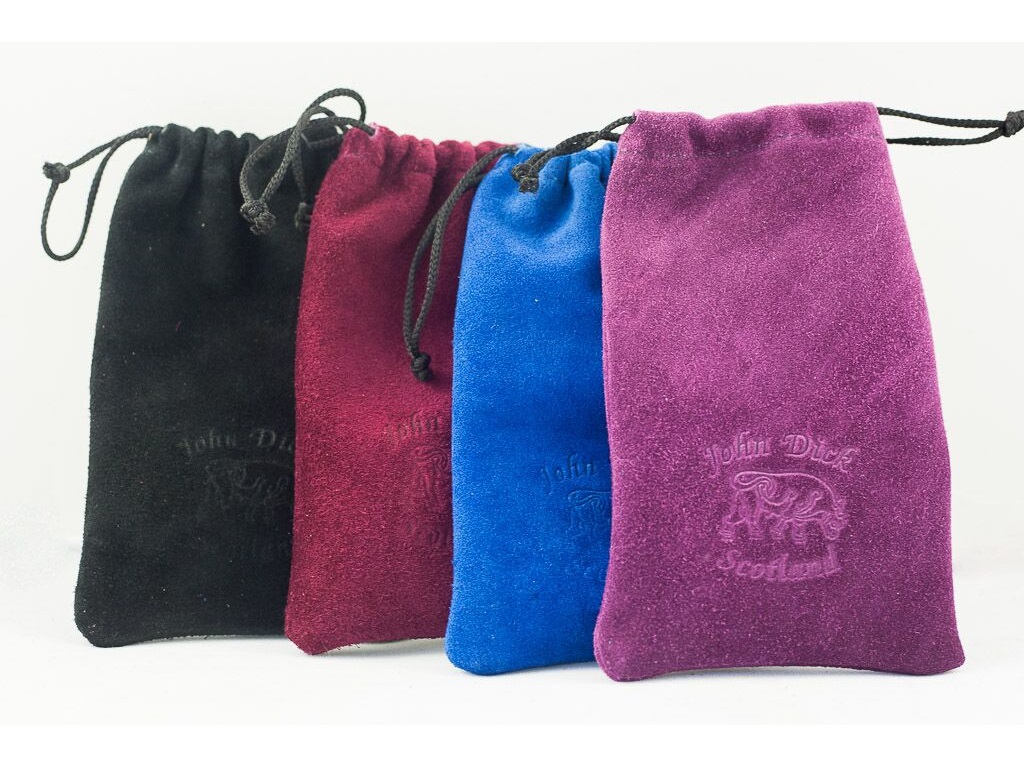 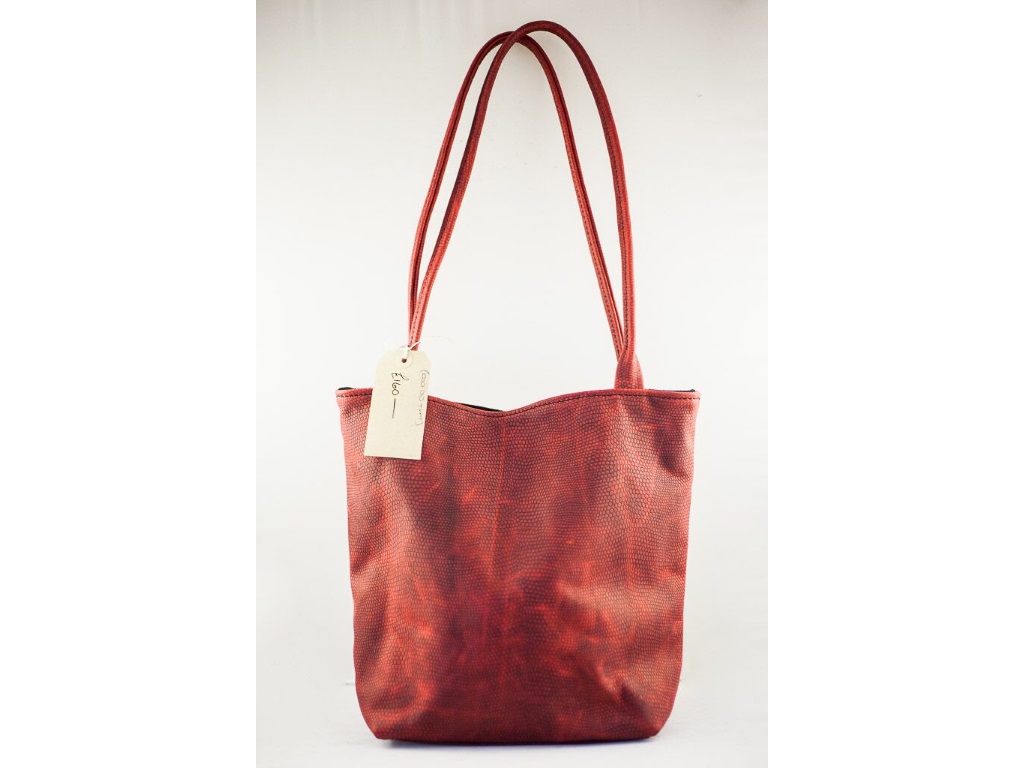 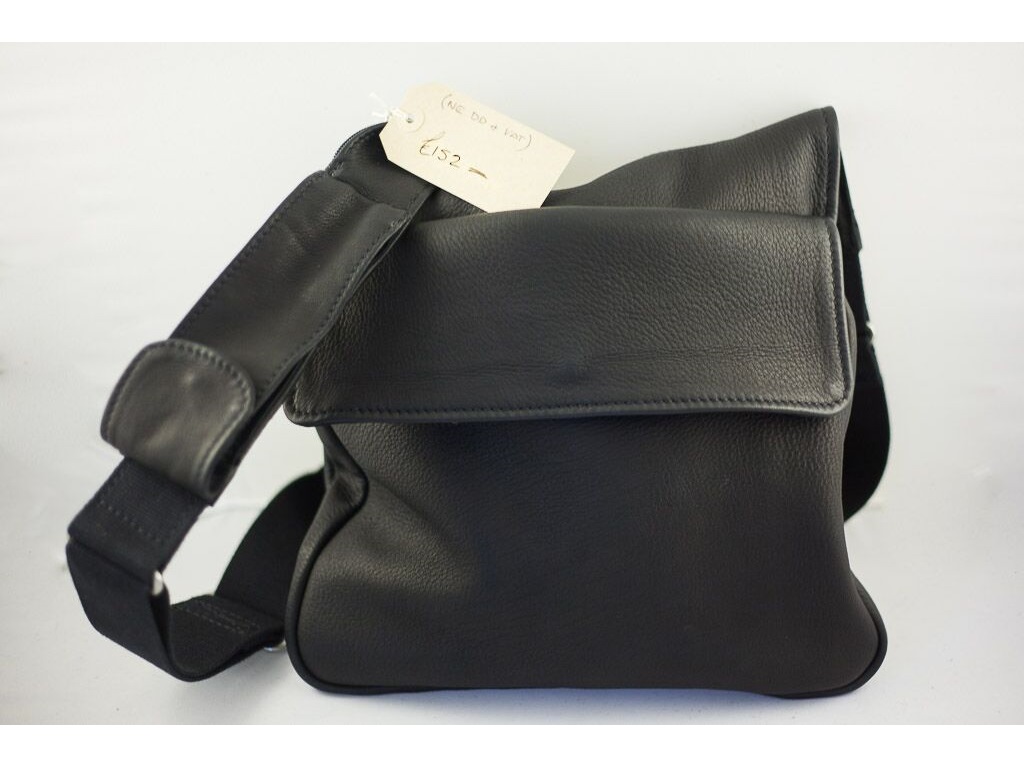 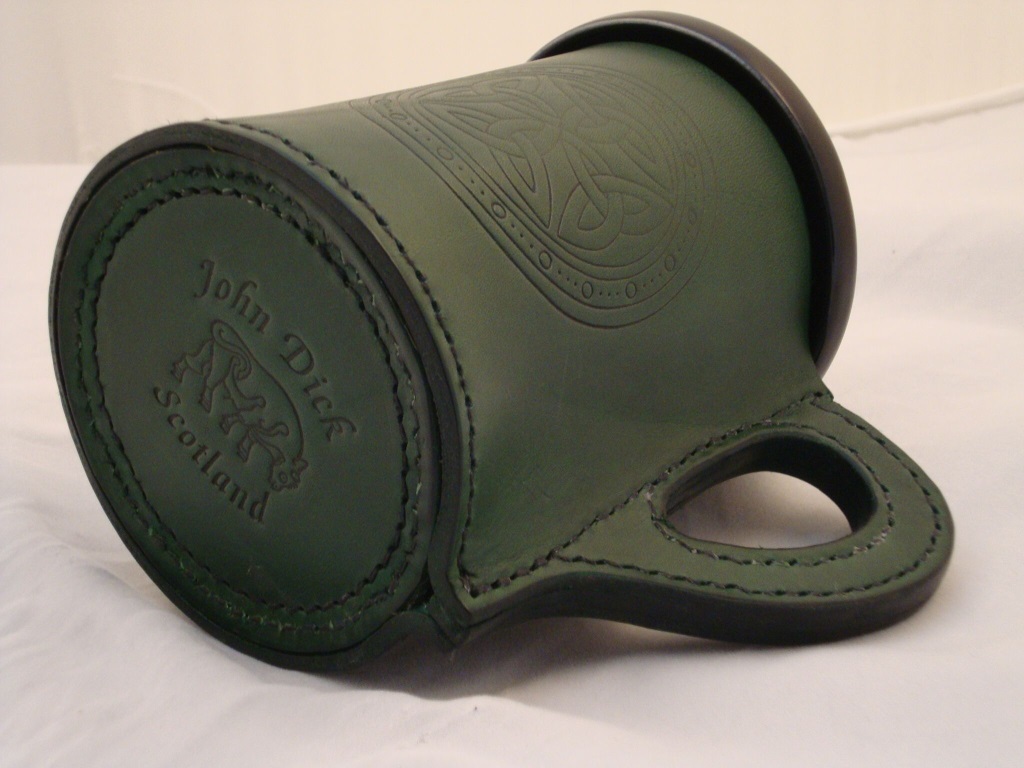 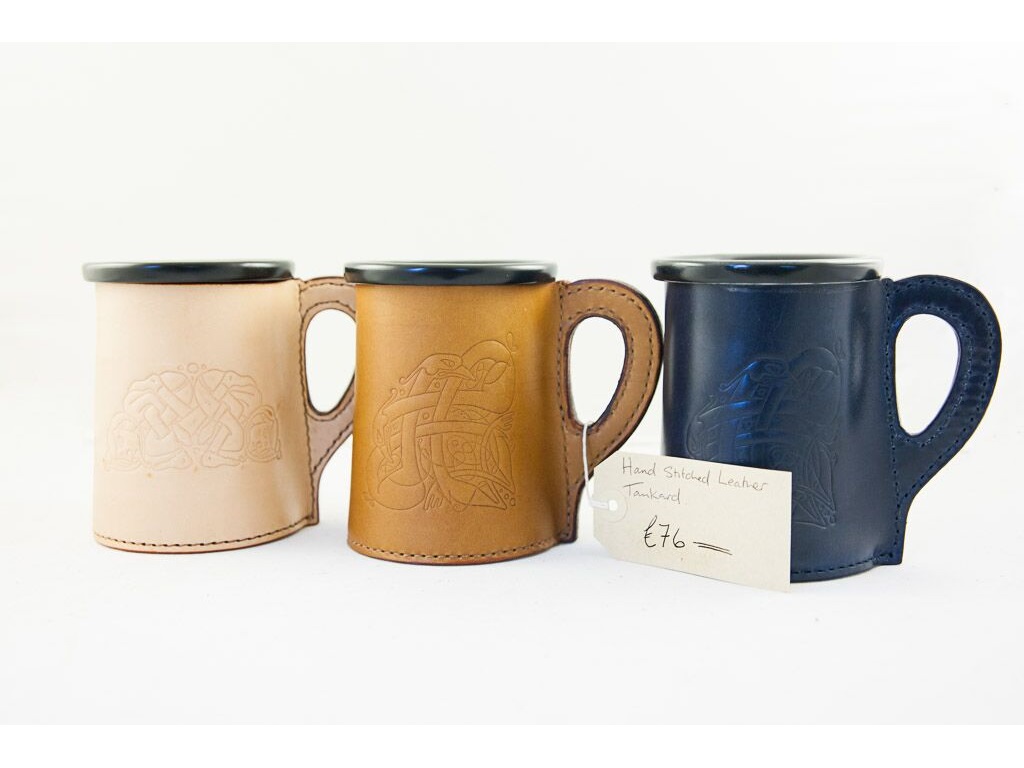 The Town of Lochgelly in Fife has been noteworthy for many reasons over the years.
The Loch Gelly of Gaelic origin meaning “the bright water”:
Farmed for it’s pharmaceutical leeches, location of Lochgelly Curling Club instituted 1831 and the Scottish water skiing championships in the 1970’s.

Amongst the oldest in Scotland, started in 1864 with one shop, one man and £10 of stock, in 86 years it swelled from a few dozen members to 9257, share capital of over £319,000, a turnover of a little under one and a half million and 530 employees, selling everything from bread to shoes.

Originally Lochgelly was a small weaving and agricultural village first mentioned in 1485, coal mining started towards the end of the 18th century, records show that between 1893 and 1946 the pits in the Lochgelly area produced 44 million tons of coal.

Sir Walter Scot visited Lochgelly in 1816 and it is believed that encounters with ‘The Lochgellie Band’ of Gypsies provided information for his novel ‘Guy Mannering’.

The very existence of such methods of corporeal punishment seem strange and barbaric to us in Scotland 2018 but let’s for a moment consider the times that spawned it’s creation.
Corporal punishment had been used as far back as we can recall and wasn’t peculiar to Lochgelly, Fife or Scotland it was used all over the world and is sadly still used in some places today.

Lochgelly, mining and education in the 1800’s:

In the 1850’s Lochgelly was transformed from a hamlet of weavers and farmers to the largest coal and iron producing centre in Fife, this was made possible by the development of steam power and the creation of the Thornton to Stirling railway and the Lumphinnans to Kinross branch line.
Lochgelly village was in an important geographical situation, sited on a hill, exposed on 3 sides and at nearly 600ft above sea level it was a healthy place to live and avoided the great cholera epidemic that swept West Fife in the 1850’s. It was ‘The Toon’ for 4 large parishes and almost exactly 8 miles from Kirkcaldy, Dunfermline, Kinross, Burntisland, Leslie, Inverkeithing and Thornton, it’s markets, fairs, games, shops, social events and Industry made it a much visited place.

Excerpt from Children’s employment commission mines 1842
Lochgelly Cattle-Hill and Dean-Pit Collieries. We have employed at present 94 males and 25 females, who are wrought below ground; 26 are under 18 years of age and 10 under the age of 13. Our seams of coal being thick, 5 to 8 feet, very young children are not needed – indeed they are never required; and no children ought to be employed under 12 years of age in any mines, as they lose both education and strength by being underground so early.
At some coal – workings, children commence as early as six years of age, and remain below as long as the adults.
Alexander Gillespie, 12 years old, hewer: Began work at eight years old; was born in Polmont, in Stirlingshire. Father dead eight years – died of dropsy, brought on by sitting in damp work : he was 28 years old. Can read a little, and am learning to write at night-school. (Dejected and ill informed).

By this Act no boy was allowed underground if under 12 years of age unless the seam worked was very thin and only then by the owner making application to the Home Secretary. Even then, part-time education of the boy was made compulsory.
Lochgelly became a focal point of agitation by the miners for better and safer working conditions. The Government passed legislation which was progressive but slow and the miners were getting impatient. Alex Macdonald, born 1921 worked in the pit from eight years of age became the first member of the working class to enter Parliament and was President of the British Miners’ Association he visited Lochgelly frequently and stayed with his principal henchman Henry Cook (descendant of one of Lochgelly ‘s oldest mining families) When the triumph of the eight hours day and the formation of the Fife Miners’ Union was celebrated by the first miners’ gala at Kirkcaldy 1871, Henry Cook was a principal speaker he went on to be first secretary of Fife Miners ‘ Union.

This Map shows Lochgelly in 1854, provisions for education came in the form of The Iron Company School and a Subscription School where the old Town House (now converted to flats) used to be at the bottom of High Street.

Education in the early 19th century was fragmented. The Church of Scotland, Free Church of Scotland and the Catholic Church had embarked on school building programs to fill in the gaps in The Parish School system. Other attempts to bridge the gaps came in the form of Sunday Schools, Mission Schools, Ragged Schools, Bible Societies and Improvement classes. Scots played a major part in the development of teacher education and Scottish Schoolmasters gained a reputation for strictness and frequent use of the tawse. (a belt of horse hide split at one end that inflicted stinging punishment on the hands of pupils)
The 1872 Education act transferred the Kirk and Free Kirk schools to regional School Boards and made some provision for secondary education. In 1890 school fees were abolished, creating a state-funded, national system of compulsory free basic education with common examinations. All children aged 5 to 13 were to attend. Poverty was not accepted as an excuse and some help was supplied under the poor law, this was enforced by the School Attendance Committee. This Act resulted in a massive country wide School building and Teacher training programme, demand for places were high and for a generation after the act there was overcrowding in many classrooms with up to 70 children being taught in one room with the emphasis being on a set number of passes at exams much of the learning was by rote.

Although versions of ‘The Tawse’ had been around and used in schools for many years the Lochgelly version which has become so renowned starts with Saddler Robert Philp (born 1837, died 1926) at his Saddlery and Ironmongery shop in Main Street Lochgelly.